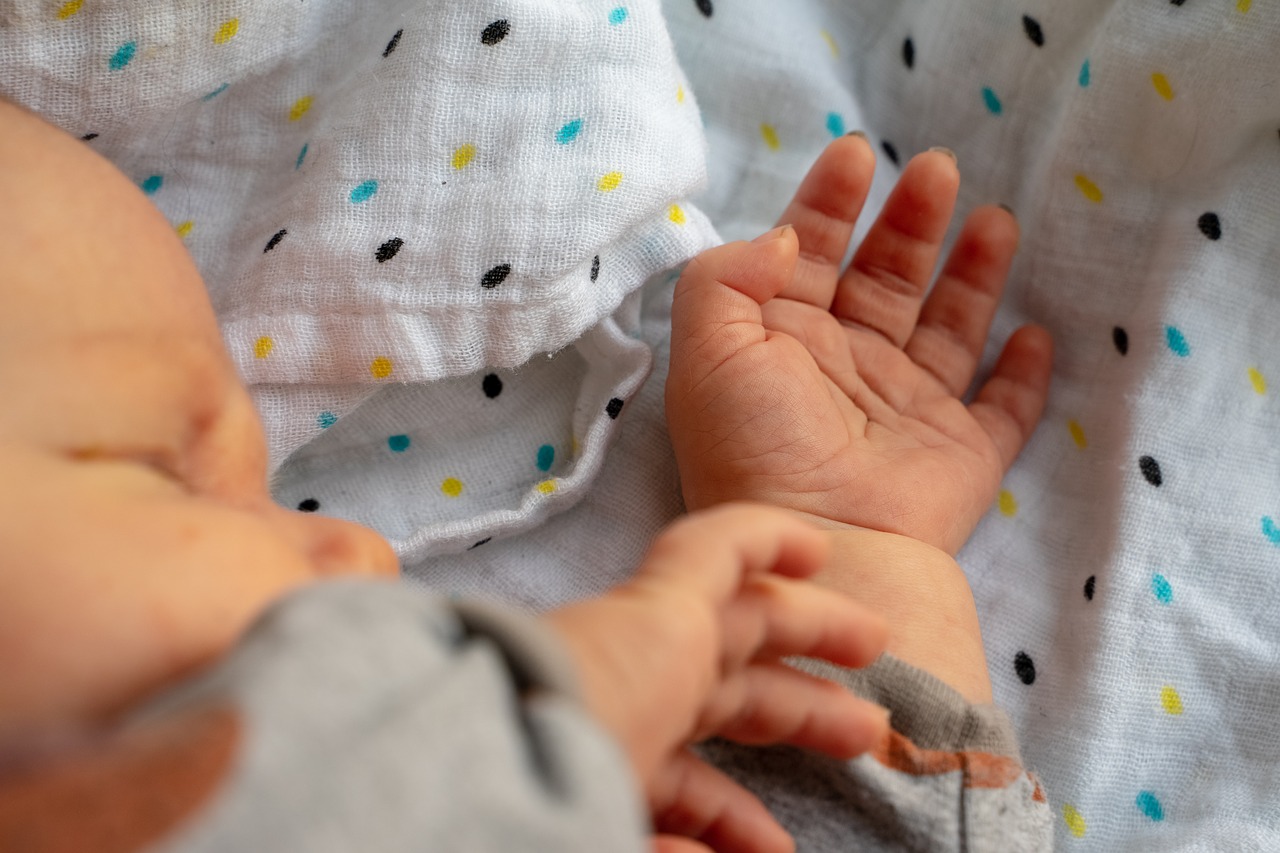 Are feather cradles recommended by midwives? – Midwives and doctors often and gladly recommend a swing hammock or hanging cradle for newborns. Because they have several advantages. They are a cuddly retreat and challenge the development of your baby.

At first, the swing hammock reminds the baby of the familiar environment in the womb where it spent its first nine months. On the one hand, this is due to the cuddly and secure space that the swing hammock offers, on the other hand, to the constant weighing.

Midwives explain this by the fact that the swing hammock is like a cuddly nest for babies. A baby bed, on the other hand, seems very big and scary to them at first – especially after the safe feeling they know from the time before the birth. The continuous weighing in a swing hammock is, as already mentioned, another reason why doctors and midwives are in favour of hammocks. After all, in the womb the baby is constantly moving.

The swing hammock, which swings up and down as well as back and forth, imitates this movement, which the baby knows from its first nine months in the womb. This works via the spring mechanism of the cradle. The hammock is attached to the ceiling by a hook and spring and this spiral spring is designed to create a three-dimensional rocking movement from a weight of just two kilograms. A good spring cradle swings about 70 times per minute, a rhythm similar to the heartbeat of a mother.

This makes the newborn baby feel immediately secure and allows it to sleep calmly and relaxed. But there are other reasons why midwives recommend spring cradles.

They also ensure a rounded back for your baby. This position is recommended for newborn babies in the first few months.

No flat back of the head

In addition, your baby does not lie flat in the swing hammock, which prevents the back of the head from flattening. This can often occur when babies lie on their backs on rigid mattresses from the start. This position makes it easier for the baby to release the gases that are produced in the intestines. The typical colics of this first period can thus be alleviated, if not prevented.

In addition, the position in the swing hammock allows all the baby’s intervertebral discs to unfold. The baby’s weight is evenly distributed – unlike in a flat bed, where the main weight is usually either on the hips or the back of the head. Midwives therefore recommend hammocks especially for writing babies and babies with three-month colic. But even if your newborn baby does not have these problems, he or she will sleep wonderfully in a feather cradle.

This relaxes your baby and you too.

link to Sleeping in the hammock

A sleep hammock could change your life! Sleeping is a topic that affects the whole family and often leads to problems in everyday life. A night of restful sleep is very important for children of all...

This swing experience of sleep hammocks is so relaxing that of course older children or even adults want to enjoy it too. Are there swing hammocks for large children and adults? - Yes, for older...

*Affiliate-Links - swing-hammocks.com is a participant of the Amazon Partner Program, a program that offers websites the opportunity to earn advertising fees by advertising and linking to Amazon. There are no costs for you. We are compensated for forwarding traffic and business to these companies.